Littera Visigothica is the brainchild of Dr Ainoa Castro Correa.

You can find more about myself and Littera below. 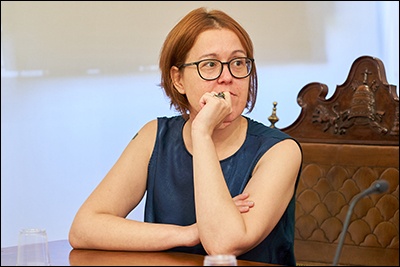 I have an MA. DAS. in Manuscript Studies, a PhD. in Sciences and Techniques of Study and Conservation of Bibliographic and Documentary Heritage, with a Maior in Medieval Latin Palaeography, by the Universitat Autònoma de Barcelona and a Licence in Mediaeval Studies by the Pontifical Institute of Mediaeval Studies.

After spending a few months at the University of Notre Dame – Medieval Institute as Astrik L. Gabriel Postdoctoral Fellow in the History of Medieval Education, a year at the Pontifical Institute of Mediaeval Studies as Andrew W. Mellon Postdoctoral Fellow, a couple of months as Virginia Brown Fellow in Latin Palaeography at the Center for Epigraphical and Palaeographical Studies (The Ohio State University), two years as Marie Curie Research Fellow at King’s College London, an another two as Juan de la Cierva Research Fellow at the Universidad de Salamanca, I got an ERC Starting Grant, European Commission H2020, with the project The Secret Life of Writing: People, Script and Ideas in the Iberian Peninsula (PeopleAndWriting) (grant agreement nº 850604) and I am now Lecturer on Manuscript Studies at the Universidad de Salamanca.

If you want to know more about me, check my Academia.edu webpage.

As for other online work, I also maintained the site De Re Palaeographica (closed in 2016), have developed the website of the Pontifical Institute of Mediaeval Studies and that of the London Palaeography Teachers’ Group and created VisigothicPal, an online platform for Palaeographical and Textual research. I am interested in Digital Humanities and have extensive experience with information and communication technologies.

Littera Visigothica started in September 2013 and aims to share my current work, as a researcher and teacher, on medieval manuscript sources written in Visigothic script, the first writing system used in the medieval Iberian Peninsula. This includes its characteristics, evolution, graphic testimonies –charters, cartularies, and codices – and their historical and cultural context. I am interested in analysing how medieval people adapted the Late Roman writing systems until the scripts became different enough to be individualised, and how the context in which they lived was reflected in the scripts, determining their graphic characteristics and evolution. Understanding how the primary resource for communication that is the script was developed is the key to understanding medieval societies and their interests. My research contributes to this endeavour through archival research, gathering forgotten sources and applying the most recent techniques to their study, and by critically reviewing previous scholarship to improve our knowledge about the past.

With Littera Visigothica I intend to spread knowledge about Visigothic script, the less studied of the medieval pre-Caroline minuscule scripts, which was, more or less, coeval with Insular, Beneventan and Merovingian scripts. I am writing here about everything related to it, from the basics to a more elaborated analysis of specific sources, with the intention of making this site useful for both those who know nothing about Palaeography or Visigothic script as well as researchers working on Manuscript Studies who want to expand their expertise to Iberian Peninsular medieval manuscript sources.

Littera Visigothica has received funding from:

2020-2025 As part of the research project The Secret Life of Writing: People, Script and Ideas in the Iberian Peninsula (PeopleAndWriting), Littera has received funding from the European Union’s Horizon 2020 research and innovation programme under the ERC Starting Grant grant agreement nº 850604. Post published during that period reflect only the author’s view and the Agency is not responsible for any use that may be made of the information it contains.

2015-2017 As part of the research project VIGOTHIC, Littera has received funding from the European Union’s Horizon 2020 research and innovation programme under the Marie Sklodowska-Curie grant agreement No. 656298. Post published during that period reflect only the author’s view and the Agency is not responsible for any use that may be made of the information it contains.

All the content of this site is copyrighted by its author and is licensed under a Creative Commons Attribution-NonCommercial 3.0 Unported License. You are welcome to reuse the material here as long as it is attributed to the author of each post or page and to the site LitteraVisigothica.com. For questions about reuse of this material, please send me an email. 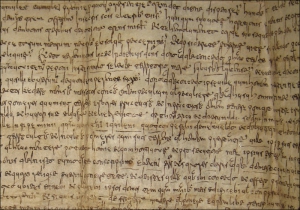