The codex chosen this month is very different from the previous ones. It was not made to inspire fear and teach through its astonishing program of miniatures as the Beatos, nor has it ornamentation or curious decorated initials to talk about as the Leonese Antiphonarium mozarabicum or the John Rylands’ Moralia. This codex was copied only because it was necessary for the pious practice of its owner; there was no need for an excruciating slow writing, the most skilled scribe, or the finest parchment available. Codex Paris, BN, NAL 239 is a monastic book, one that transmits, among other similar texts, the Regula of Leander of Seville, Isidore’s brother, as he composed it for his sister, Saint Florentina, nun and founder of a long list of monasteries in 6th-century Hispania.

This book is formed by two distinct parts that were already together at an early time. 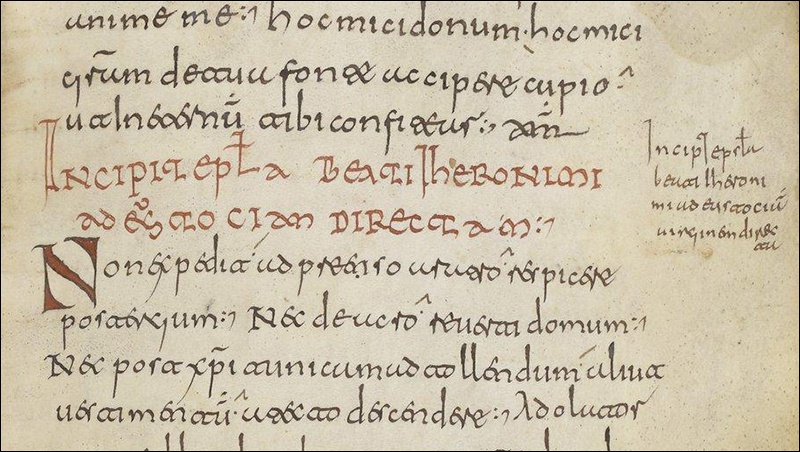 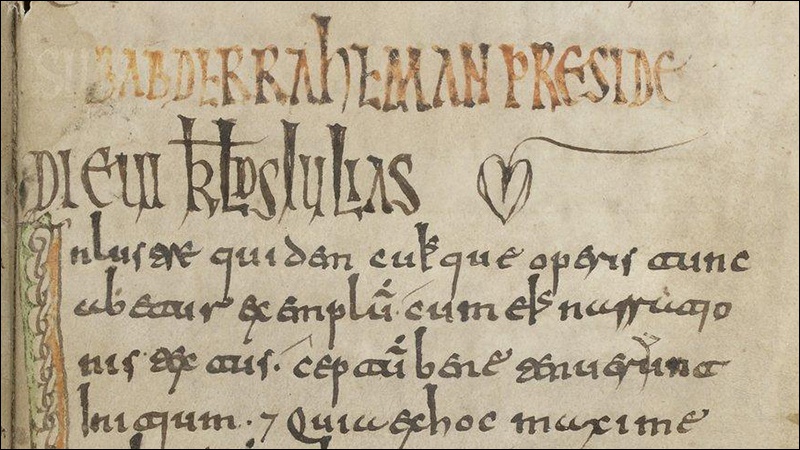 Support: Besides lacking some gatherings and some damage in the internal folia that were used as flyleaves, it is a well-preserved codex. The parchment used to copy part B is of less quality, thick and rough. Modern binding of brown leather.

No. of leaves & layout (more on codicology of Visigothic script codices here): 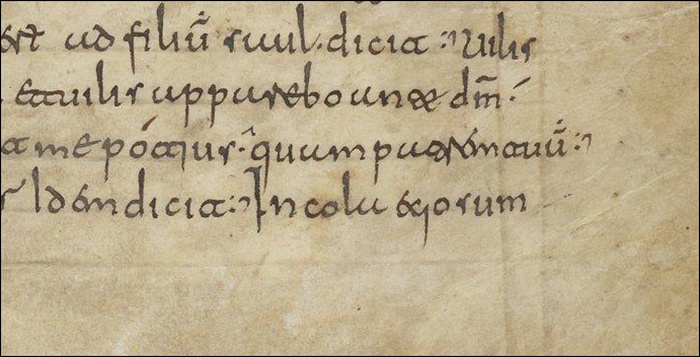 The pricking and ruling are not the same in all the gatherings. Thus, fol. 1-22 were ruled with a vertical line in the left side, pricking in the upper and bottom margins, and two vertical lines in the right side, with only the second one pricked. The horizontal lines, 22 for fol. 1-14 and 17 for fol. 15-22, were pricked on both sides, although only that done in the outer margin can be clearly seen. These lines go across all the page, irregularly, surpassing the vertical lines by both sides. The interlinear space, vertical and horizontal, varies for each quaternion. The scribe did not copy text on the last of the horizontal lines. And also the text was sometimes continued after the vertical lines, altogether making an irregular text box, only justified by the left margin. On the other hand, fols. 23-67 were ruled with only one vertical line each side of the writing box while the horizontal lines of this group go from 20 for fol. 23-45 to 21 for fol. 46-67 – with text on the last horizontal too. 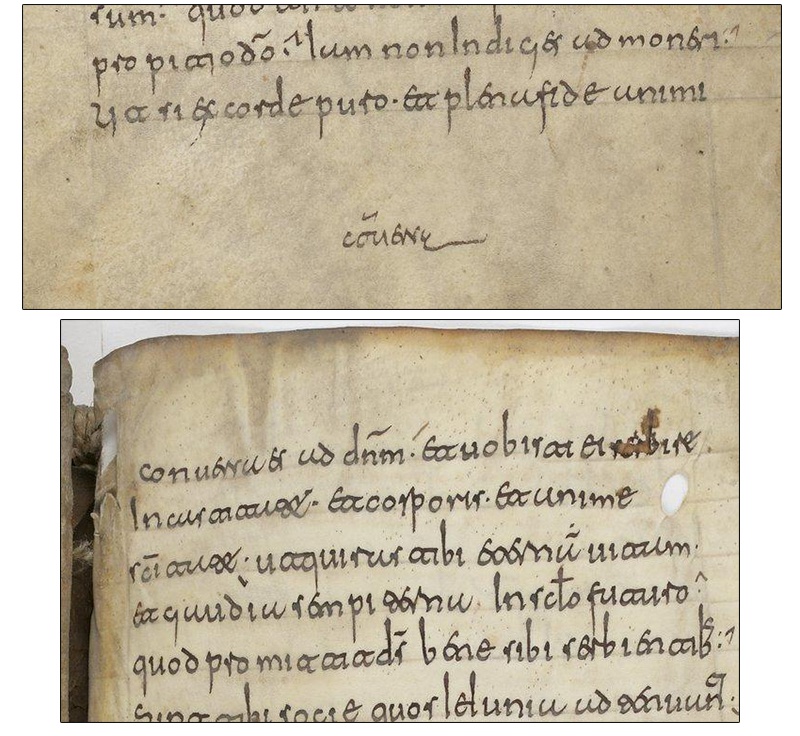 Although some of the first quaternions have lost folia, catchwords, linking a gathering with its next one, can still be found on fol. 14v, 22v, 30v, 37v and 45v.

B) 16 fols. (255 x 150 mm); 18-lines, single column; bifolia; pricking and ruling (in dry point) done for both vertical (one for each side) and horizontal lines (pricked in the outer margin). The interlinear space results, again, irregular. Neither signatures nor catchwords were used to help organise the gatherings.

One scribe, who for Díaz y Díaz subscribed on fol. 47v, copied part A in a Visigothic minuscule script with cursive influence. The same hand wrote down on the outer margins the texts to be rubricated in Half-Uncial script with the openings of each of the works copied. This scribe has been dated by Díaz y Díaz as from the 10th century.

Two scribes copied part B (one fol. 68-75v, 83; the other fol. 75v-81, 83) using different types of black ink, in Visigothic minuscule script. These scribes have been dated by Díaz y Díaz as from the 11th century. 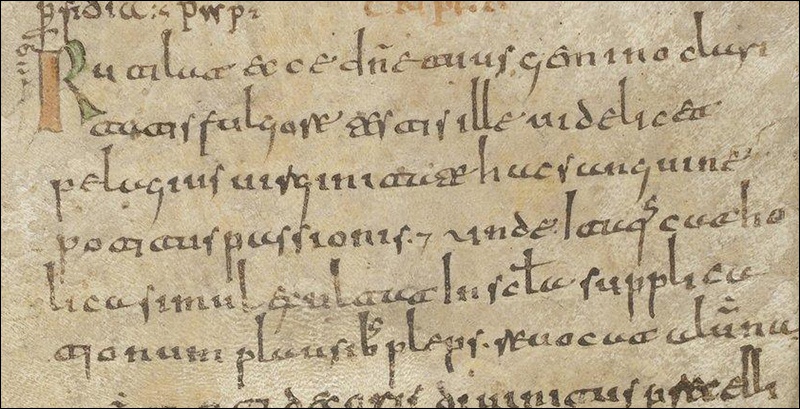 None of the three scribes shows a calligraphic script, but rather rudimentary skills in writing meaning that the text was not carefully written as in other lavishly made codices to be treasured. This codex just required to be useful. Thus, the script needed to be easy to read, the text easy to follow. No flourishes were used because none were necessary.

Illuminator/s: There are no miniatures in any of the two parts of the codex. Only some simple initials in red (part A) and red and green (part B).

Origin: While for Millares this codex should have been made in a Mozarabic centre considering its content, Díaz y Díaz ascribes it to Castilia; moreover, to a Castilian centre nearby Aragon. Bearing in mind the first part of the codex, it was clearly made for a female monastic community. Considering the second part, it must have been written in or for a monastery consecrated to San Pelayo. It has been proposed the women’s monastery of San Pelayo, near Salas de los Infantes (Burgos), as its production centre, although it could have been copied in any other pelagian cenobium nearby Silos.

Provenance: Santo Domingo de Silos; it seems that this codex was in the monastery’s archive in the 18th century as included on its catalogue.