While the last Codex of the month, Paris, Bibliothèque Nationale, nouv. acq. lat. 239 was not particularly noted for the quality of its writing material, the skills of its copyist, or a rich program of allegorical illuminations, as it was compiled for practical purposes, the codex chosen this month is quite the opposite. From its first to its last page, Santiago, BU, ms 609 is an exceptional manuscript, elegant and lavishly decorated. One of the very few extant examples of Visigothic script codices conceived for private use by the royals.

In 1055, queen Sancha (1037-1067) commissioned this codex, a prayerbook for her husband king Fernando I of León (1037-1065) (fol. 208v). According to its colophon, she had a direct hand in determining its contents, and, in doing so, she left a fundamental clue for understanding the process of change from the Visigothic to the Roman rite, and thus from Visigothic script to Caroline minuscule, in the kingdom of León-Castile (see below ‘context’). In May 1059, she commissioned a further prayerbook for herself, now kept at Salamanca, Biblioteca Universitaria, ms. 2668 (also in Visigothic script) about which you can read more here (in Spanish). 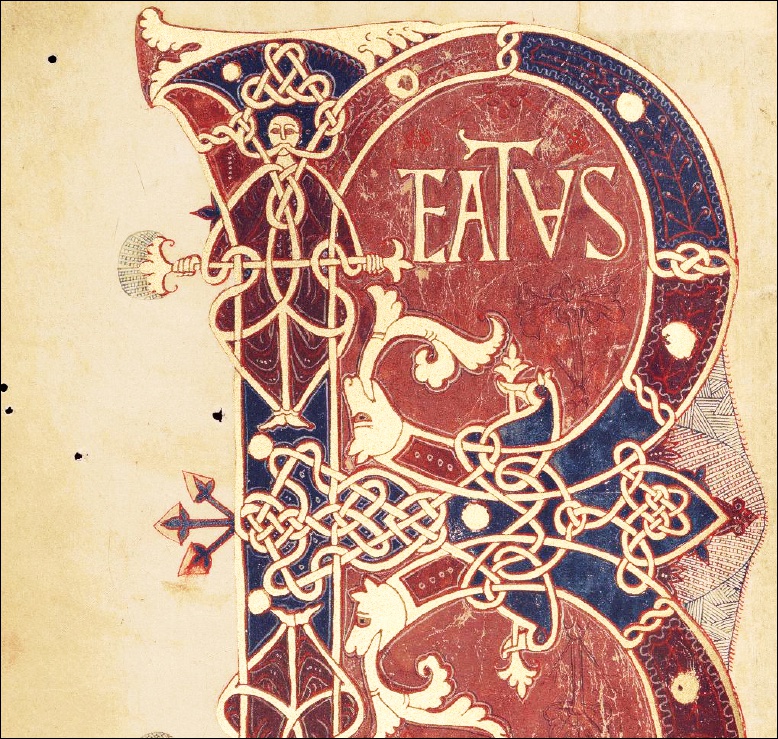 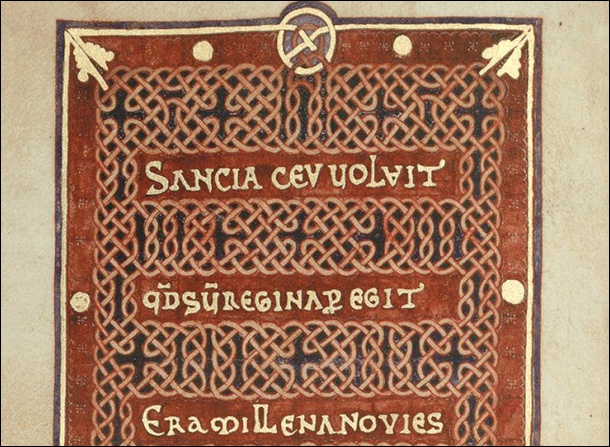 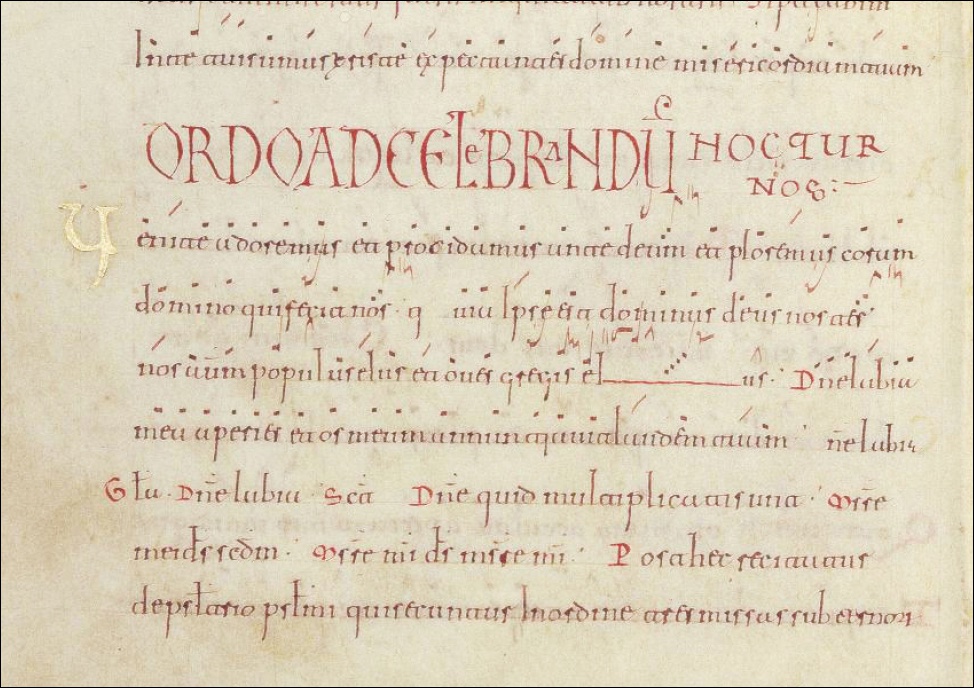 Fol. 210r: All the notation appears to have been written by a single hand. “The notation reveals clear diastematic tendencies despite being in campo aberto, but this apparent diastematic tendency does not facilitate even an approximate transcription of the melodies. The notation presents an elaborate ductus of regular design, comparable to that in the codices from the Riojan tradition. It is one of the most beautiful examples of Spanish notation from the northern part of the Peninsula” (Hispania Vetus, 256). 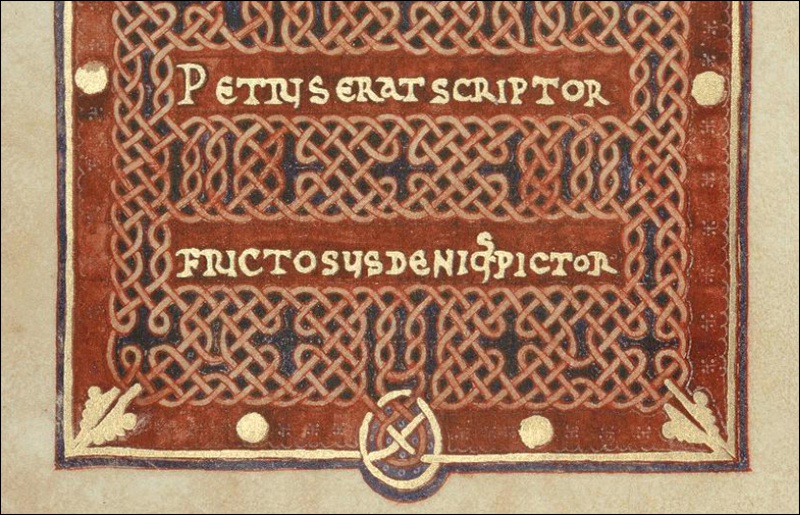 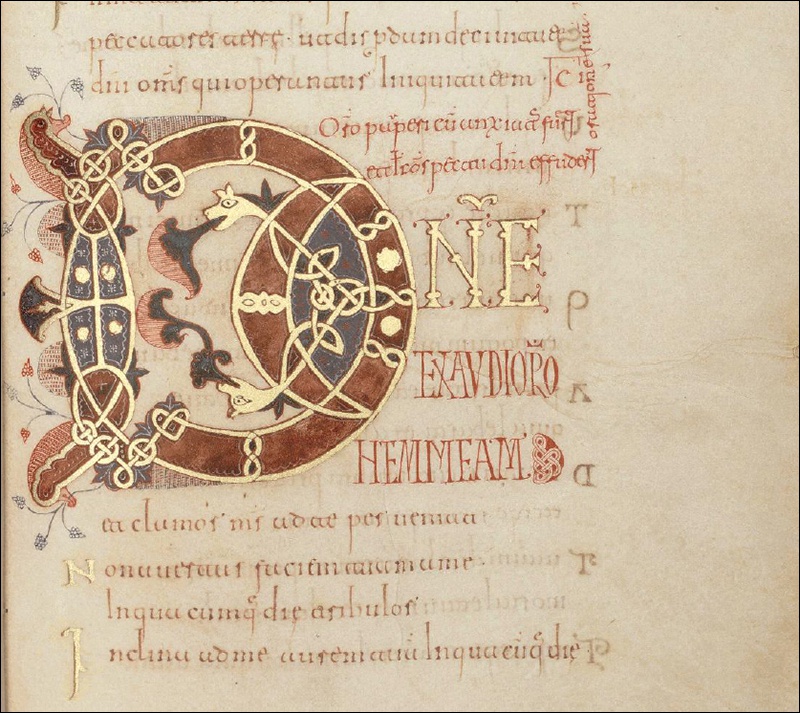 The initial of each psalm is decorated with an elaborate drawing, some with anthropomorphic and zoomorphic motifs. Verse initials in gold; the titles of each psalm and didascalias in red [FIG. 5 and 7]. In fol. 152 the initial M was cut off. 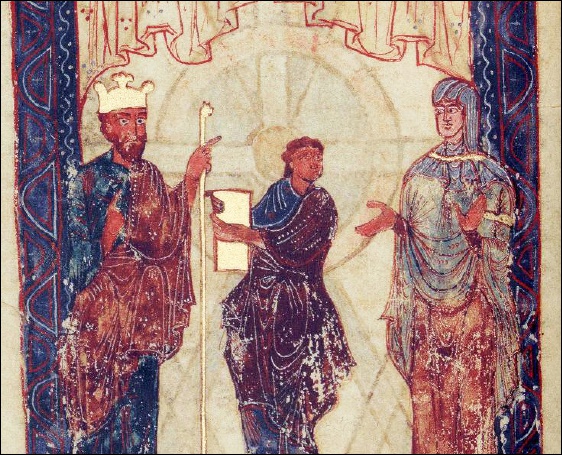 Origin: According to Millares this codex should have been made in or near the monastery of Sahagún.

Provenance: The manuscript arrived at the University of Santiago from the monastery of San Martín Pinario after the expropriation of 1835.

Context: King Fernando I and his wife Sancha have been thought to have played a fundamental role in the introduction of the Roman rite and Carolingian script in the Peninsula, because of their, allegedly, support to the house of Cluny. However, such Cluniac relation and the influence it could have had is not attested by evidence. 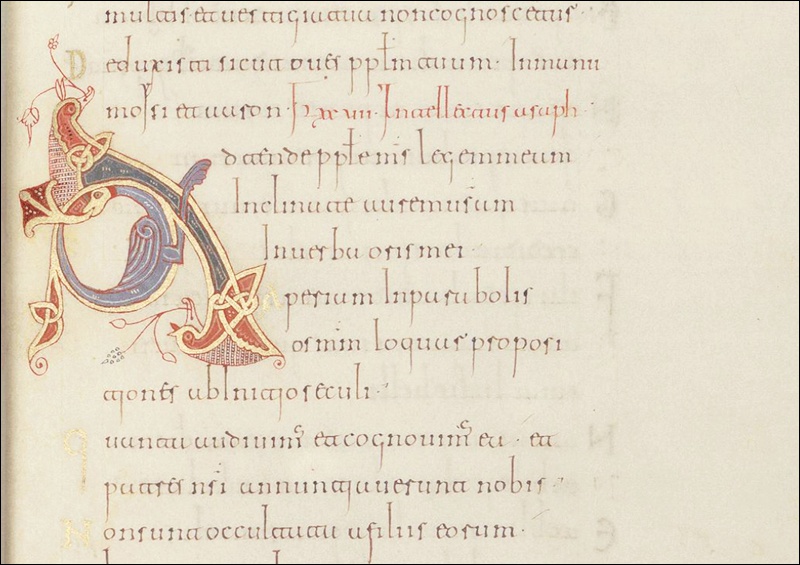 The two councils, that of Coyanza in 1055 and of Compostela in 1056, which took place during Fernando’s reign, did encourage the reform of the church but according to a proper observance of the Old Hispanic liturgy. Also, both Fernando’s and Sancha’s Prayer books adapt liturgical influences and private devotional prayer practices from beyond the Pyrenees, but preserving the character of the Spanish liturgy by taking foreign elements like the calendar, the litany and Carolingian prescriptions for private devotional prayer, placing them with the Old Spanish Psalter and Canticles, and altering them for use in León-Castile. None of these adaptations come from the Cluniac tradition. Instead, they are linked to the Carolingian traditional of private devotional prayer, developed by Alcuin for Charlemagne and expanded by later Carolingians (Charles the Bald’s prayer book).

Where Cluniac influence can be found though, is in the addendum Urraca, Fernando’s and Sancha’s daughter, had made to her mother’s prayer book once she inherited it. The new gathering attached to the original manuscript is wholly Cluniac in content and follows the description of post-time prayer outlined in the customary of Ulrich of Zell, which consists of the seven penitential psalms, a litany, and a series of psalms and collects.

(The last two paragraphs come from the excellent article published by Lucy Pick “Rethinking Cluny in Spain”, pp. 5-7 and 11 respectively, published a couple of years ago, and available online here)

Stunning! And so interesting.