So, Palaeography was no longer the study of scripts to enable accurate transcriptions. It was becoming the History of Written (and Oral) Communication!

As Palaeography changed, the study of writing and its social implications attracted interest from other sciences. Goody’s work is a remarkable example [6]. Goody, anthropologist, was puzzled by the little attention paid to the influence exerted by writing on people – changes in cognitive processes – and on the social life of humanity. He remarked that writing was not something fixed but related to the system through which each society was ruled. Writing has a purpose, it changes mentalities and social structures – it changes ideas by allowing their revision – and has also cultural consequences derived from its implementation. As a result, its form, materiality, function, uses and meaning – of writing and of reading – should be studied within each social and historical context. He postulated that, to understand writing, one needs to consider why someone recurred to it (versus oral tradition), in which context, how, who was him or her, which was his or her position within a social group, who was able to write and read in that group, which were the places of writing, the process, the reception of writing, the history of the written testimony, the practices…This approach was soon to be incorporated into the new palaeographical method, but from where to start!? 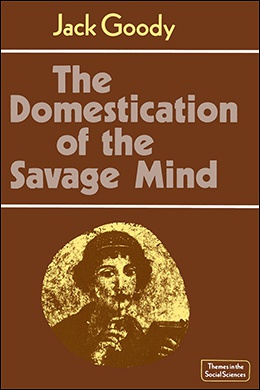 Although it might seem odd to us today, the study of books and reading was not initially linked to the study of writing, being reading and writing for a long time treated separately for they were different skills. It was not until the 1970s when specialists (mostly French school) such as Martin [7] began to work on book production, particularly printed, and its social context. Initial advances where then made by, especially, Chartier [8], who stressed the need of considering what a society reads and writes as a whole. These ideas began to take hold in the 1980s, overlapping with the crisis of the New Criticism in History, changing the methodology of study and expanding the type of sources from which to conduct such research. Soon after, from the technical description of books, studies emerged on the social, economic and political motivation of book production, and on the material aspect of books [9].

Another consequence of this debate on the History of Writing together with the new historiographical approach to written sources, was the study of Literacy [10]. Interest arose in studying who had the ability to read and write, by periods, social classes and gender, and the kind of written sources to which such level of dexterity lead. Palaeography was then carried out the other way around. Instead of going from the graphic analysis of writing to its contextualisation, research was conducted departing from the function a given society attributed to written practices – and from the assessment of the number and quality of the people who were able to write –, as the starting point to analyse the relationship between that society and the types and forms of writing it produced.

Being an approach to writing particularly practiced in England (Clanchy, McKitterick) and France (Martin, Chartier), it soon expanded to Italy (Petrucci, Bartoli, Cavallo among others [11]) and Spain (Gimeno Blay, Sáez, Castillo, among others). 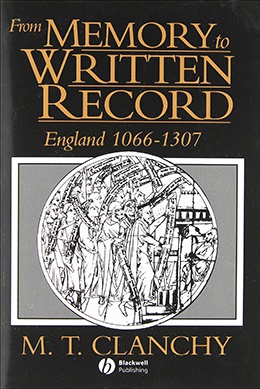 Considering writing as a whole, its study conducted from the society which produces it instead of from the sources produced, this new methodology resulted in the appreciation of many more different types of sources not taken into account before. It was the moment when not only books and charters were analysed but also graffiti, phylacteries, inscriptions, letters, notes, etc. from diverse contexts and social classes. Also, to ponder literacy, special attention was paid to autograph texts, particularly to autograph signatures for the information they provide on the graphic skill of their authors.

[9] The external aspect or materiality of the written testimonies involves an act of communication that must be interpreted from the contexts of production and reception, valuing the cultural and ideological strategies from which texts result and the ways in which the decoding of the message is verified, also including the rewriting that the text can experience in the hands of the reader.