It is time to talk about how to do/we should do ‘History of Written Culture’. Let’s talk about methodology! 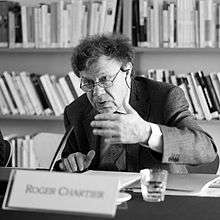 Although bearing in mind that the History of Written Culture is intimately related to Palaeography and Diplomatics, or better, to Manuscript Studies as a general and broader approach, being a (new) discipline it has a specific methodology and objectives:

(i)       Discourses: The “discourses” are the principles that regulate how a society works, each discourse based on a set of guidelines which enclose what is or not accepted. The discourse involves its application or imposition by the institution which produces it or by the social group which generates and authorises it. The discourse is then a form of power; the texts that the ruling or authorised class or institution produce to regulate social relations and practices.

(ii)     Practices: The concept “practices” implies the uses and functions attributed to what is written, studying whether it follows the norm and why. Its sources of study are then all that is written,regardless of its type or support.

(iii)    Representations: The concept “representation” deepens in considering what a written testimony means as a representation of something that was not before, and how it conveys a message as an image.

… within specific periods of written production, that is, within a determined period of time, considering the…

(i)       Time of acquisition of writing: This approach ponders the significance of the incorporation of writing as a communication technology into a society – what writing means to each social group.

(ii)     Time of production of writing: This comprises the consideration of the (mainly political) circumstances involved when creating and using a written testimony – what gives to the testimony its form and to writing its graphic characteristics.

(iii)    Time of reception: This approach is focused in studying written testimonies as products created for the consumption of a certain society – how the reader uses/processes the text.

(iv)   Time of conservation: Study of how the written testimony is preserved, by whom, where (archives, libraries), and why (preservation of memory).

Further steps on this direction are usually referred to as the study of the “Documentary Practices and Uses” – mixing Palaeography and History of the Written Culture, Diplomatics, and Archival sciences – of a given society or social group, or, even more recently, as “Pragmatic Literacy and Communication Studies”. [I’m still processing the implications of the latter term]

Each of us, although sharing the same ideas, tend to prefer one author over another for similarity of the mental process, thought and the like. To me, Petrucci is the best reference to understand what to do History of Written Culture means; his work is clear and he presents complex ideas easier than other specialists. 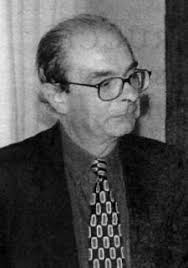 Petrucci [14] considers there are two basic elements to reflect upon when studying the relationship between written culture and society:

(i) how reading and writing are taught in its various synchronic (social and geographical) and diachronic particularities;

(ii) how the diffusion itself is done, including the passive use of the written culture (reading) and the visual reception of writing (aesthetics; writing as image);

(iii) the distribution and degree of literacy (active and passive) in the different sectors of a society divided into classes;

(iv)  the ideological and economic decisions at the base of manuscript production, including mechanisms and technical instruments developed in the different periods.

2)       The role writing itself assumes in the scope of each organised society and that each type or graphic product assumes, in turn, in the specific cultural sphere that produces and uses it; from which the degree of social prestige of the scribes (or of those able to write) derives or can derive in the social hierarchy.

The method he proposes to study both elements (which, from my perspective, adds to Chartier’s discourses, practices and representations, authors, audiences and technologies) is the detailed analysis of the written sources, meaning the application of the traditional palaeographic, diplomatic, and codicological methods. I feel more comfortable going back to that what is tangible on studying manuscripts!

So, here you have it! The next time someone asks you what is Palaeography or what do palaeographers do, think even more carefully; it is quite a complex answer!