On the design of personal signs: to whom do they correspond and who wrote them?

Last week we talked about the signatures used by grantors, witnesses and scribes drawn on the signature box of most Visigothic script (and medieval) charters [here], summarising the different types of signs used, how these types changed depending on the geographical area of the Iberian Peninsula, the period and the social status of their owner. Now, knowing the types of signs employed, when each type was preferred, and to whom each design tended to correspond, let’s go deeper…

Who drew the signs?

The vast majority of the signatures found on charters correspond to ecclesiastical dignities to whom we presuppose enough capacity to sign for themselves. However, with the exception of those signs used by scribes, it is very unusual (like +/- 1 in 100 charters) to find autograph signatures [FIG. 1, 2].

In some charters, we can find signs of great complexity and with a different design from the other signs drawn in the document, corresponding to high ecclesiastical (abbots and bishops) or secular (earls and dukes) dignities. However, the text that precedes the subscription is certainly executed by the same hand as the rest of the document, by the same scribe.

The absence of autograph signatures is thus frequent in early medieval Peninsular documents. Mendo Carmona notes as a possible explanation “the high illiteracy level of the Leonese society that lived at the time, or the recognition that society dispensed to the scribe”. From my point of view, it is hardly probable that there could have been such a degree of illiteracy in which abbots and bishops did not possess the necessary training to write their own sign — let alone the many judges who testify in the documents. I am more inclined to think that the task of drawing the signs was traditionally performed by the scribe. Moreover, bearing in mind that many times the actio and the conscriptio [related post about Diplomatics], meaning the phase of consideration, evaluation and discussion of the legal act and its writing down, did not always take place at the same time and, therefore, these witnesses could not have been physically there at the time the document was written. It has been argued, however, that there was some degree of participation of the signers in these signa, stating that they could have drawn some of the strokes that form the sign itself.

Considering, consequently, that the scribes responsible for writing the charters were those who traced the different signs, it is interesting to see how, when the same person appears in several documents, his or her signature looks very similar, if not exactly the same, in all examples. And, even when the scribe was different, the signs were retained. These individuals were thus easily identified with their own signs that the scribes knew and reproduced when needed.

If the same sign for the same person was drawn in different charters and by different scribes from sometimes distant production centres, how did the scribes remember the signs? [FIG. 3, 4]

It was important enough to remember dignities’ signs, those of kings, noblemen, and bishops. What about laity signs? It is difficult to believe they had some sort of catalogue with signatures, as they had models for commonly used types or charters (the Formulae Visigothicae for writing wills, title-deeds, sales, etc.) when developing their written practices in the earliest centuries of the Middle Ages, the time when even the royal chanceries were still not yet organised. It can only be suggested that scribes, as they did when looking for models for writing their documents, turned to previous charters kept in the archives of the institutions they were working for to find the correct design.

How important was it for these people to have their own unique and distinctive design? 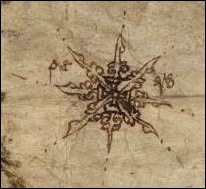 For common people, in the early Middle Ages in the Iberian Peninsula, to have a sign individualising each one of the long lists of Petrus, Martinus or Pelagius that are found again and again in the charters was, without doubt, useful. The double-name system — the use of patronymic — did not start to be common until the second half of the 10th century, and, even then, the combination of Christian name + nomen paternum must be always considered with extreme caution because of the possible repetition every two generations until the fossilisation of the patronymic into a family name in the mid-to-late 13thcentury. Thus, the sign was indeed useful! 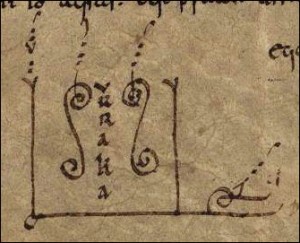 Speaking of kings, the marketing tool which was the sign is more obvious. The Royals kept their family sign, with each member progressively adding some modifications. In other cases, when the dynasty or the name of the king changed or when they wanted to be detached from the previous kings for some reason, they made a new one. Their personal scribes designed these signs for them, most probably preserving the tradition of signatures, and we all know how important the sign of the king was. See, very briefly, its evolution: 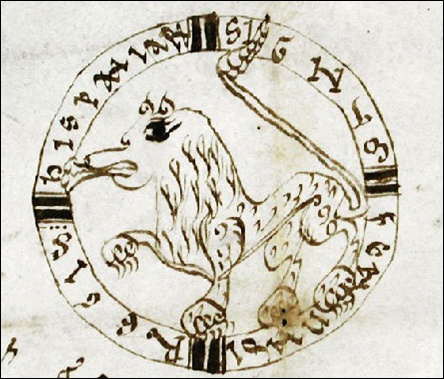 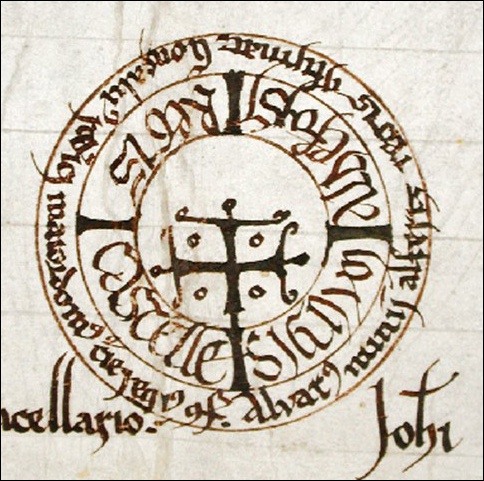