Over the past few days, I have tried to complete an alphabet with examples of the initials used in manuscripts in Visigothic script, shared on my Twitter account. I have been able to gather almost all the letters except L, Y, Z. I hope you enjoy!

This post is especially dedicated to art historians working with medieval illumination. And if there are any around, working with material in Visigothic script, I would love to have some feedback about the different styles used in these initials. 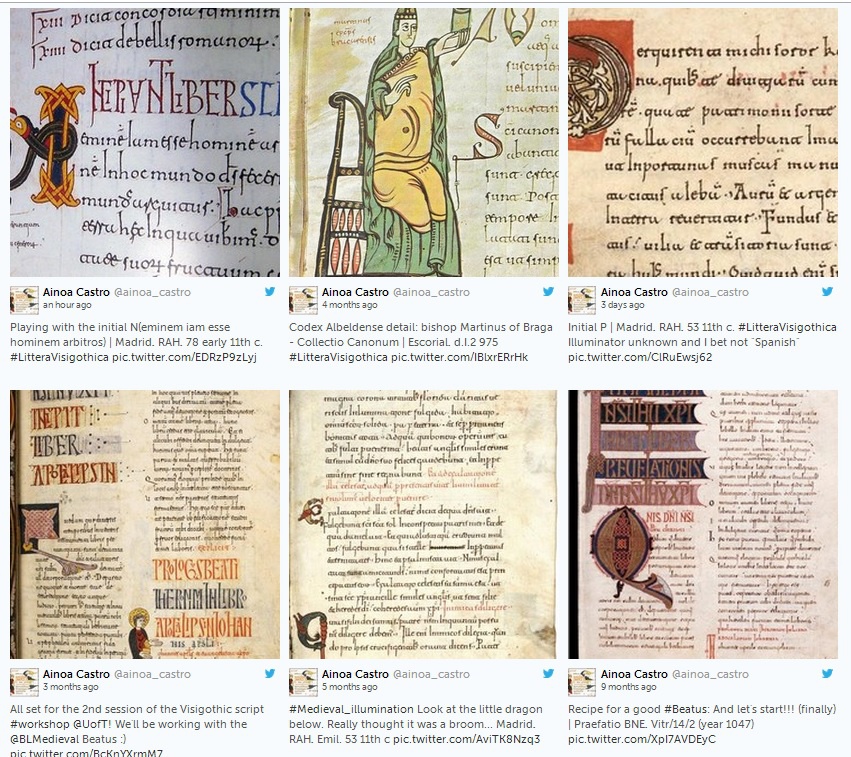