How an academic dispute can end up in the outset of a discipline. Mabillon’s De Re Diplomatica. 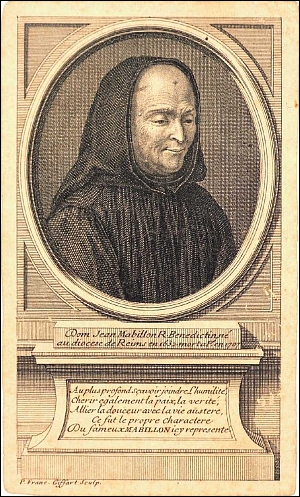 It all probably began at the restful and quiet den of a Benedictine monk of the abbey of Saint-Germain-des-Prés called Jean Mabillon (1632-1707). After reading the work of the Flemish Jesuit Daniel Papenbroeck (1628-1714), where authenticity of some Merovingian documents kept in the abbey of Saint Dennis was called into question, feisty Mabillon decided to refute Papenbroeck by writing De Re Diplomatica, a work through which he intended to disprove some of the ideas proposed by the Dutch scholar. The outrage of Mabillon propelled him to review and gather his life work, and systematically lay the foundations of a new science. Certainly a very beneficial quarrel for Academia! 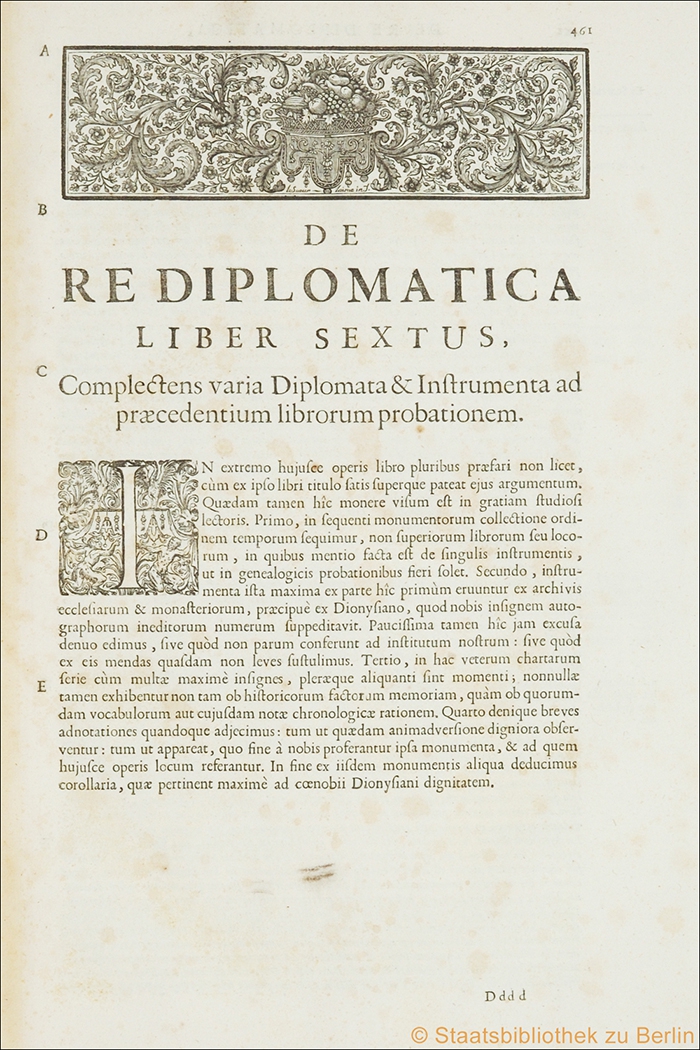 Throughout the six books of the vast De Re Diplomatica, published in 1681, Mabillon establishes a rigorous method of documentary analysis in order to determine the authenticity of charters. His work caused a great impact in the academic community at the time and has been largely considered as the basis of modern Diplomatics. Before the 17th century, only documents issued by the supreme authorities and distinguished by special formalities were considered “diplomas”. With Mabillon this notion was extended, Diplomatics was established by him as the science that studies all the documents and written sources, regardless of the sender. Additionally, Mabillon can be considered, if at least indirectly, the founder of Paleography as a science.

Nowadays Diplomatics is considered as the science that studies the authenticity, shape and elaboration of the written records, its objective being to review and assess the documents, evaluate the quality of the text, judge its authenticity, extract all the elements qualifying to be used by Historians and other specialists, and date and edit them. Through a multidisciplinary approach, the goal is to get all the relevant information of a document and ease its description, classification, and analysis.

This discipline is basically split into four parts:

Diplomatics carefully “dissects” documents, and its field research has been progressively expanded over the centuries: from the limited scope of Mabillon’s era to the study of different types of documents of all times. In point of fact, at present Diplomatics studies all kind documentation, and in the last years it has increased the focus of research of documentation issued by judicial authorities, Colonial American institutions, town halls, Inquisitorial entities, and so forth. Do not be surprised if your private correspondence or the police statement of your dispute with your trouble making neighbor ends up in the hands of the Diplomatics scholars of the future!

Diplomatics is connected to different disciplines: primarily to History, Law History and Paleography; secondarily, Philology, Archives and Sigillography; and, on a lesser level, any science that can study specific parts of documents, such as Chronology, Geography, Economics or Sociology. 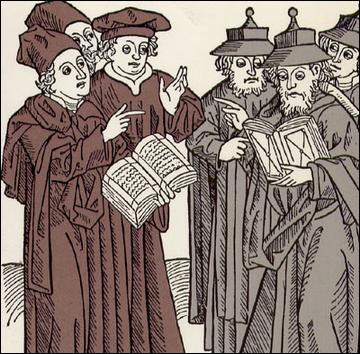 The expert in Diplomatics has to take into account some principles included in the Diplomatic method, which basically consists in 7 points:

In conclusion, by mere chance, a dispute between erudite clergymen at the end of the 17th century advanced the frontier of human knowledge and gave birth to a new discipline with infinite possibilities. As a sage said, “The aim of an argument or discussion should not be victory, but progress”.