Just a reminder that we always have to consider the history of the manuscript, its life, when working with manuscript sources.

Over the last years, I have had the pleasure of working directly with hundreds of charters over a thousand years old in some cases, hidden in Galician ecclesiastical archives and partially forgotten. When facing these written testimonies, it is impossible not to think about who wrote them, where, for whom and why, but also in all the things that each piece of parchment has lived, how everything has changed since the moment they were written. Working with fragments, very damaged and often illegible, I always wondered, what happened to you?

That was the case with this beauty: 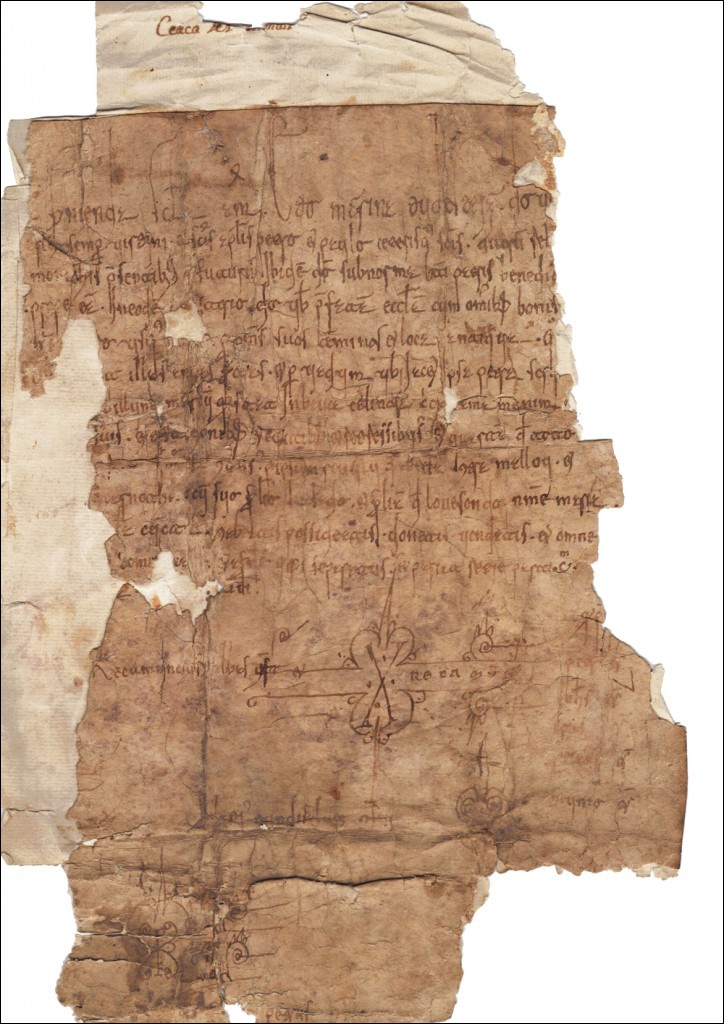 And, after working on this fragment, the reason which (I believe) explains its state of preservation:

Official report, 23 April 1846, written as a result of the liberal uprising, the final episode of which took place at the monastery of San Martín Pinario (Santiago de Compostela, Galicia) itself.

“At the branch office of National Assets they discovered the door open and the first door of the entrance destroyed... on the second floor they noticed that the doorway leading to the rooms of the aforementioned office, where the archives of the abolished religious community and various ecclesiastical corporations were located, had been forced with great blows... They discovered great quantities of books and files belonging to that said religious communities and corporations lying on the floor in the most chaotic way imaginable, torn apart from their binding and parchment covers, the sheets of different documents mixed up with one another and the majority torn apart, among them pieces of parchment from choral books. They also found them in equal disorder in the windows...  some of the volumes were placed on top of others and formed a kind of wall, which was recognized as serving as a parapet for the force defending itself there... it was equally noted that many papers may have been burned from the remains they had found on the floor... in the hall that had been the library... they found piled on beds a considerable amount of documents from the abovementioned archives of the abolished Inquisition, unbound, the sheets torn apart and half missing...”

Unfortunately, these reports are not uncommon. In case you are wondering, after that day what remained of the archive was gathered together and moved to several institutions between 1867 and 1946, until it came to be integrated into the Archivo Histórico Universitario de Santiago de Compostela. Although, as usual, some charters passed to private hands, as in this case.