Definitions of some technical terms commonly used for describing a writing system – specific Visigothic script terms will be progressively added.

M. B. Parkes, Their Hands Before Our Eyes. A Closer Look at Scribes, Aldershot-Burlington 2008. 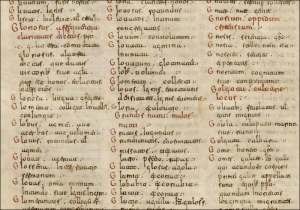