Origen (185-254 C.E.) was a scholar and early Christian theologian who was born and spent the first half of his career in Alexandria. He is considered one of the most important and prolific early church fathers, playing through his work a critical role in the development of Christian thought.

He was an inexhaustible writer in multiple branches of theology, including textual criticism, biblical exegesis and hermeneutics, philosophical theology, preaching, and spirituality. Some of his reputed teachings, such as the pre-existence of souls, the final reconciliation of all creatures, including perhaps even the devil (the apokatastasis), and the subordination of the Son of God to God the Father, later became controversial among Christian theologians.

Origen wrote more than two hundred homilies on almost the entire Bible that are extant in Greek or in Latin translations. This codex contains the homilies In Genesin, In Exodum and In Leuiticum, as translated from Greek into Latin by Rufinus Aquileiensis (345-410) [see Migne Patrologia Latina]. 13 additional folios containing the beginning of the homilies In leuiticum are now at Paris, Bibliothèque Nationale (nouv. acq. lat. 1591). 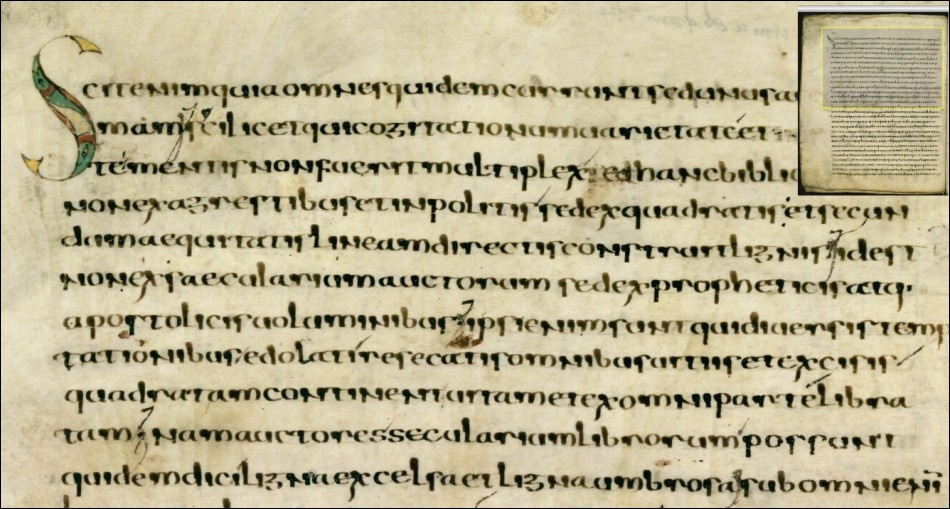 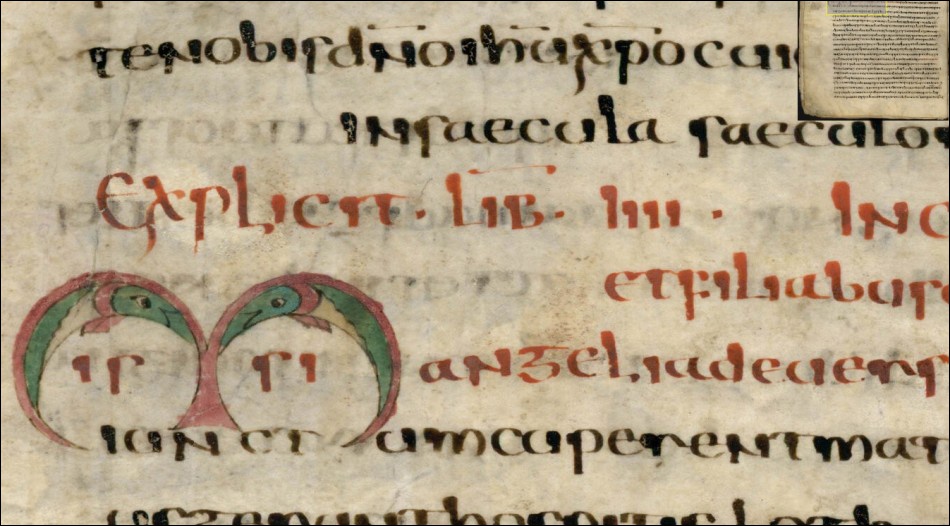 Script: This codex was written in three stages, being started in the 7th century and continued until the 8th-9th centuries. As a consequence, it was written mostly in Uncial and Half-Uncial, with some folios in Visigothic minuscule script and Caroline minuscule, and notes in Merovingian script. 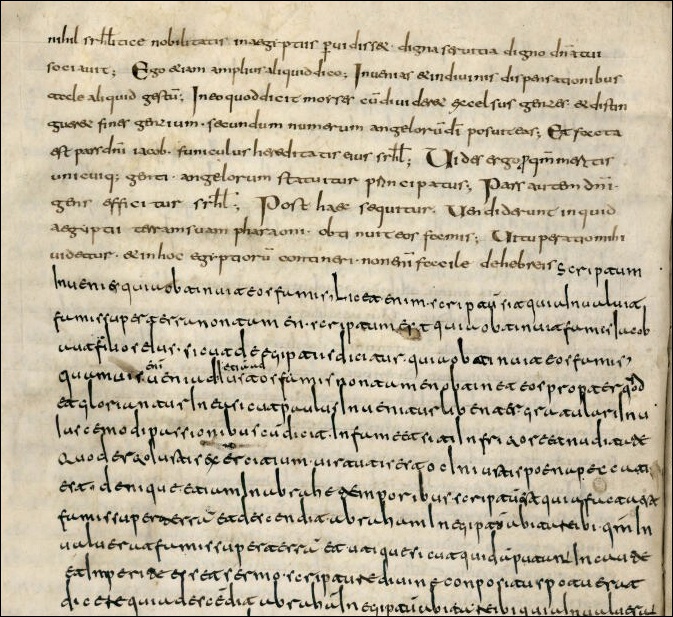 Provenance: The codex was already in Lyon in the 9th century (annotated by Florus, deacon).

Other copies in Visigothic script from Origen’s works: 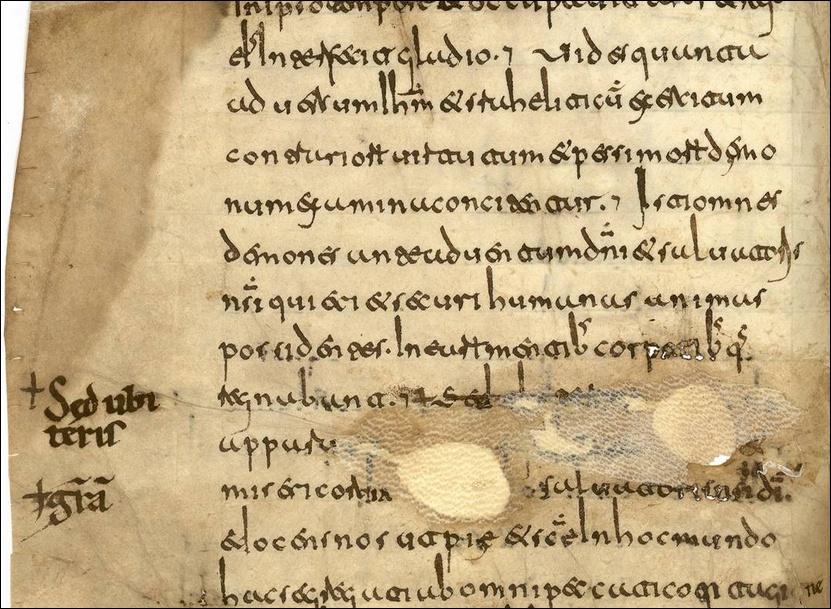 Perhaps worth making clear that the whole manuscript is on line on the Lyons website, and that we know a certain amount about the Visigothic community in Lyons.

Prof. Ganz, could you please give me some references about the Visigothic community in Lyon?