As many of you might know given that you are reading this post and maybe even other entries on this site, since last September I am working on a Marie Curie funded project called “ViGOTHIC: towards a typology of Visigothic script. The British Library Beatus and its potential for dating and localising Visigothic script manuscripts”, based at King’s College London. The project has two parts: the first one entails the palaeographical analysis of the codex BL Add. Ms. 11695, while the second is focused on comparing traditional time-consuming manual palaeographical analysis with digital palaeographic analysis by applying the software made here at King’s called DigiPal. Yes, I/we are developing a VisigothicPal! This first year of the project, though, my time is devoted to the first part, pure palaeography. 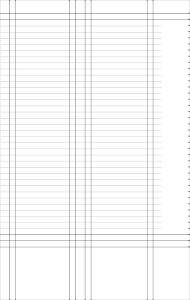 Although I am supposed to do only the palaeographical analysis of the Beatus, I could not help myself and have also done the codicological analysis, because I want to really understand the codex, the process of making it. As so, I can say with some confidence I now know how many scribes intervened in its copy, how they arranged the text, how was their collaboration. However, I came to a standstill: I identified the quires, the layout of their folios, which scribe wrote each part, but what about the illuminations?

The Beatus is well-known because of its illumination programme. A collection of miniatures that defy imagination by adding to the text of the Apocalypse ‒ that is what the Beatus is all about ‒ a full set of representations of its main topics in a comic-like fashion, so people who were unable to read could easily understand the dreadful text. But, who drew all those images, not only full-page miniatures but also small anthropomorphic figures, and historiated initials? 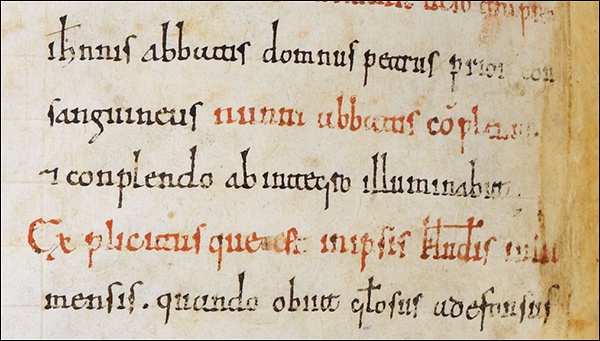 One of the colophons added in the codex (f.275v) tells us that all the work as for the images was done by only one master illuminator, Pedro. But, was so? I read several articles on the decoration of the Beatus lately, and (surprise!) scholars who have published on the topic do not seem to agree. Some wrote that each scribe did also the miniatures of their corresponding quires while some others that it was only Pedro who drew them all. Likewise, some included within each opinion the initials and anthropomorphic figures, others did not mention differences. Thus, although not required for the project, I wondered, which is, at least more likely, the correct answer? Because let’s face it, when thinking about the cultural context of the manuscript, it is not the same to have a full set of skilled scribes who were also exceptional illuminators, that great scribes paired with an amazing illuminator. Even better, it is not the same to have one illuminator than several, working together in the same place at the same time, right?

Am I capable of scientifically analyse miniatures to identify authorship? I am a palaeographer, not an art historian, so no, I am not, or not yet. But I decided to give it a try. And why not to post about it? What follows is a very succinct sketch of the world of illumination in Visigothic script manuscripts.