How was the process of copying the codex British Library Add. mss. 11695, the Beatus of Silos?

We are in the scriptorium of the Benedictine monastery of Silos in the year 1091, when abbot Fortunius and his monks undertook the task of providing for their monastery one exemplar of the most well-known and copied medieval best-seller of the Iberian Peninsula, a Beatus. We are revising the steps it entailed to make the British Library Add. mss. 11695, the Beatus of Silos, and we are in step 2: the scriptorium had a trained specialist who provided a fair amount quantity of parchment made, more likely, from calfskin, as well as monks skilled enough to elaborate carbon ink and many different tones of bright red, yellow, green, and blue inks (see the previous post here). What next? 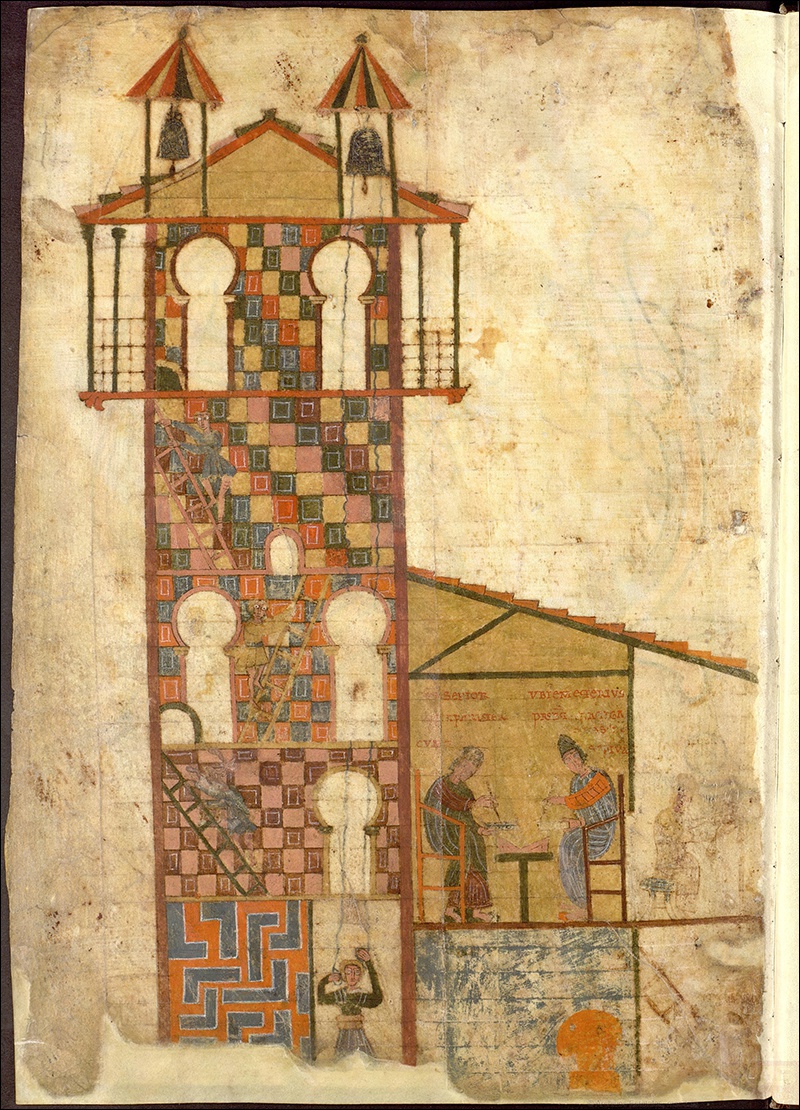 The miniature in fol. 167v of the 10th-century Beatus of the monastery of Tábara (Madrid, AHN, cod. 1240), also reproduced in fol. 183 of the early 13th-century Beato de las Huelgas (New York, Pierpont Morgan Library, ms. 429, fol. 183), depicts the next steps in the making of the Silos Beatus – common in medieval manuscript production. It represents the oldest extant image of a medieval scriptorium, where two scribes are seen working in a room adjacent to the tower of the monastery, taking measurements and ruling the parchment, while another figure is cutting presumably a piece of parchment with scissors. 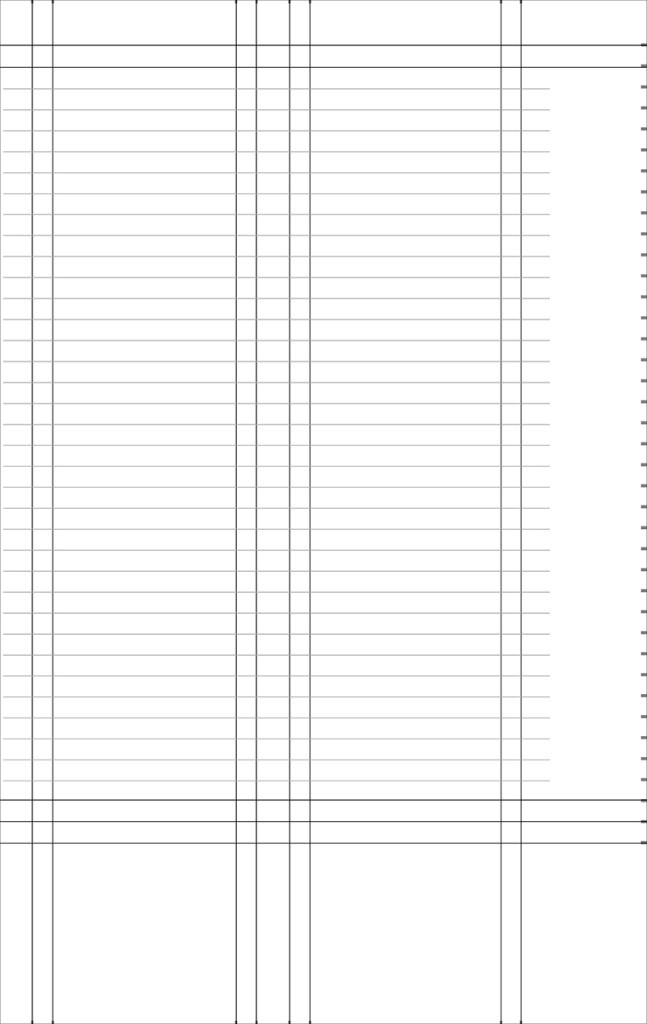 Diagram of the pricking pattern and ruled lines on a typical page of the Beatus (© A. Castro Correa).

In order for the Beatus of Silos to start taking shape, the parchment needed first to be organised and prepared. The medieval standard for organising the pieces of parchment into codices is by making quires. After that, the folios were pricked and ruled (read more about this process here and here). We do not know whether, in this period as a general rule or if in Silos particularly, it was the scribe also the one in charge of preparing the pieces of parchment, folded into quires and ruled, before starting the process of copying of the text. If we think about what must have been the size of the community of monks who lived in Silos about that time, in the late 11th century, I think the most probable option is that he was. Following the clues embedded in the layout of each one of the 27 quires that make the Beatus, almost all quaternions, it does seem so too. So, abbot Fortunius had to find amongst his community a well-trained scribe able to not only write but make all the previous arrangements required. Did he find one?

Here we find ourselves in a conundrum. There is no doubt Florentius found skilled scribes, or at least one to begin the project, within his community, but who were they? In the year the production of this Silos Apocalypse began, 1090, the monastery was in a brand-new stage since it had been just restored by Saint Domingo, around the 1060s. Before Domingo, current scholarship seems to agree in that there was no scriptorium in Silos. So, did Domingo bring with him someone else from Cogolla to Silos in order to set up the atelier? Or did he worked with what he had, training the resident monks at Silos? Was the scribe who started the Silos Beatus from Silos? We do not know. Paleographically speaking, both production centres have a very similar style, yet not the same. Could have it been the same to then gradually evolve into a distinctive one? From my point of view, the relation between both monasteries needs to be studied in depth. I do not see how it is possible for a group of scribes to accomplish such a calligraphic style so quickly without external help. 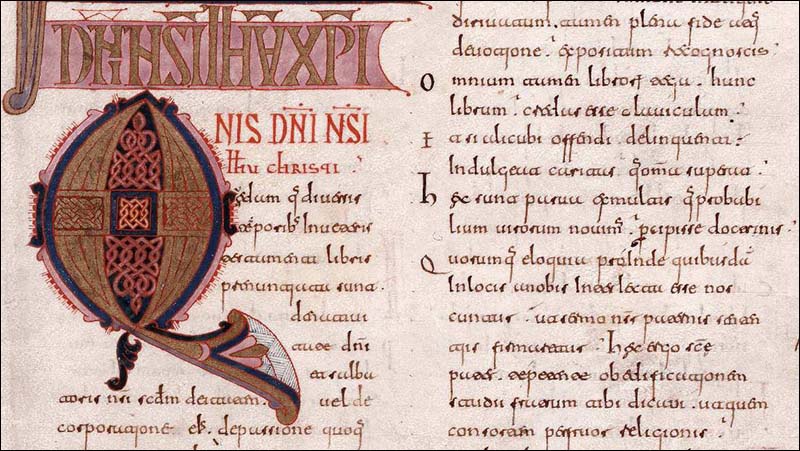 Another missing piece of the puzzle. Florentius aimed to copy the Beatus, but which one was the exemplar he used and from where did it come from? Specialists in the textual content of the Silos Apocalypse have determined that the Silos Beatus belongs to the IIa family – all the extant Beatos have been classified according to their text and, mostly, their illumination programme, into three different families or groups to establish the stemma. From that family, the extant codices, predating this one from Silos, are: the Beato de San Miguel de Escalada (New York, Pierpont Morgan Library, ms. 644), copied at San Miguel de la Escalada (León) by Magius around 920s; the Beato de Valcavado (Valladolid, Biblioteca de la Universidad, cod. 433), copied at Valcavado (Palencia) by Oveco circa 970; the Beato de La Seu d’Urgel (La Seu d’Urgell, Arxiu Catedral, ms. 26), copied probably in Valcavado in the 1000s; and the Beato de Fernando I y Sancha (Madrid, Biblioteca Nacional, vitr. 14-2), copied by Facundo in León in 1047. It has not been determined whether one of these was the model Silos used for its copy, although bearing in mind that the exemplar now in Urgell was there already in the first half of the 12th century, if any of these, maybe the one now at Valladolid?

Interestingly enough, the monastery of San Millán de la Cogolla (header image), with which the monastery of Silos had a close bond particularly on its earlier decades, did produce its own codices with the Commentary on the Apocalypse. Three of them are still preserved and pre-date that of Silos: the so-called Beato Emilianense (Madrid, Biblioteca Nacional, Vitr. 14-1), copied around 920s-940s, the Beato de El Escorial (Monasterio de El Escorial, Biblioteca, ms. &.II.5) dated mid-10th c., and the Beato de San Millán (Madrid, Real Academia de la Historia, ms 83), which although seems copied in San Pedro de Cardeña in the 10th c. had its illumination programme done in Cogolla in the 11th c. All these three codices, however, have been classified by the specialists as belonging to the I family, and thus not the same as that of the Silos Beatus. But, scholars have also noted that the illumination programme of the last one, that now in the Real Academia, is closely related to that of the IIa family. Could this theory, if verified, prove that members of the scriptorium of Cogolla were also involved, directly or not, in the manuscript production that was to be developed at Silos? Will I have time to figure this out before the project ends?